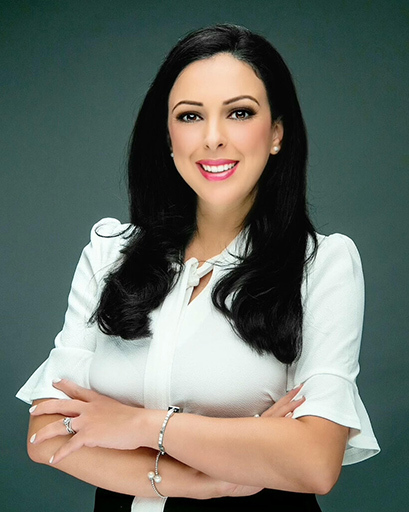 Marvet is dedicated to being an attorney who fights aggressively for her clients and believes in perfection every step of the way. She concentrates her practice in the area of catastrophic personal injury and wrongful death matters.

Prior to establishing MSD Injury Lawyers LLC, Marvet was an associate attorney at one of Chicago’s premier personal injury trial firms, where she served as the Director of Intake and Case Management, investigating several hundred cases each month involving serious personal injury. Over the years, she received countless commendations, awards, and messages of gratitude from clients and co-counsel for her one of a kind ability to listen to her clients and to get the results they deserve.

Currently, Marvet sits as President of the Arab American Bar Association of Illinois and has been appointed by the Honorable William J. Haddad to serve on the Executive Board of the AM-VOTE Political Action Committee, where she meets regularly with gubernatorial, mayoral, and aldermanic candidates.

Marvet has also been appointed by the Honorable Margaret O’Mara Frossard to sit on the Executive Committee for the UIC Law’s Advisory Board, where she mentors law students. Because of her success, Marvet was featured in the viewbook of UIC Law, her alma mater, where she made the Dean’s List and was inducted into the Phi Delta Phi Legal Honors Fraternity.

Marvet graduated from DePaul University in 2004, where she received a dual bachelor’s degree in Political Science and Psychology, with a concentration in Human Services. She was inducted into Pi Sigma Alpha Political Science Honors Society and is a proud alumna of Mother McAuley Liberal Arts High School, which advocates for the empowerment and advancement of young women.